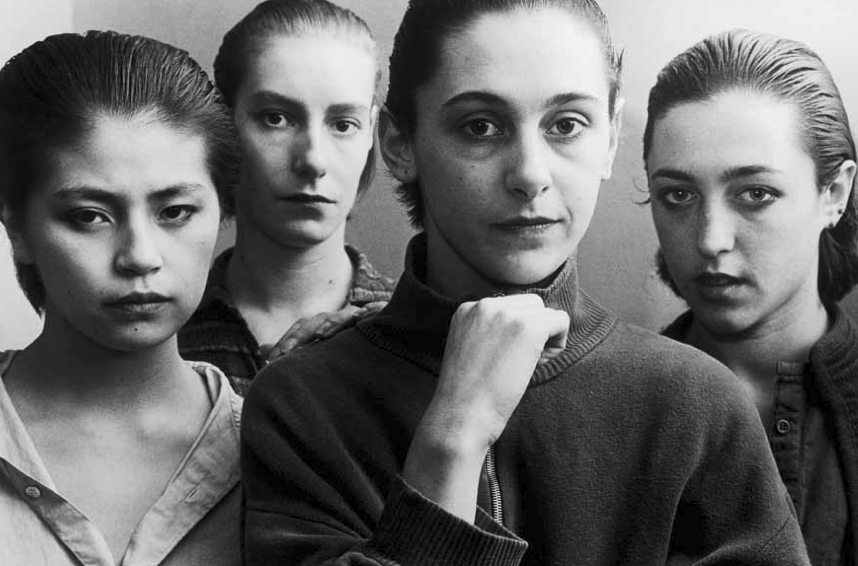 The structure of Rosas danst Rosas 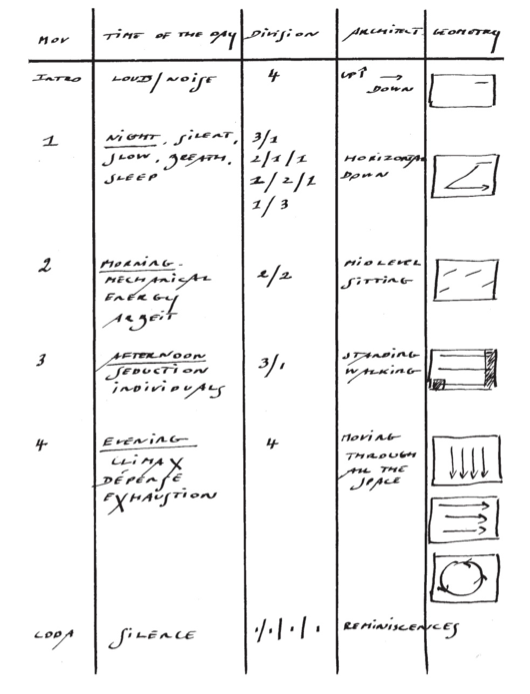 From the book “A Choreographer’s Score”

The original piece lasts 1h40′ and consists of 4 parts. In the first movement the dancers lie on the floor. In the second they are seated on a chair. In the third they stand in a line. And finally they move throughout the space.

The performance as it was shown in 2010 at Kaaitheater with Anne Teresa De Keersmaeker, Tale Dolven, Elizaveta Penkóva and Sue-Yeon Youn.